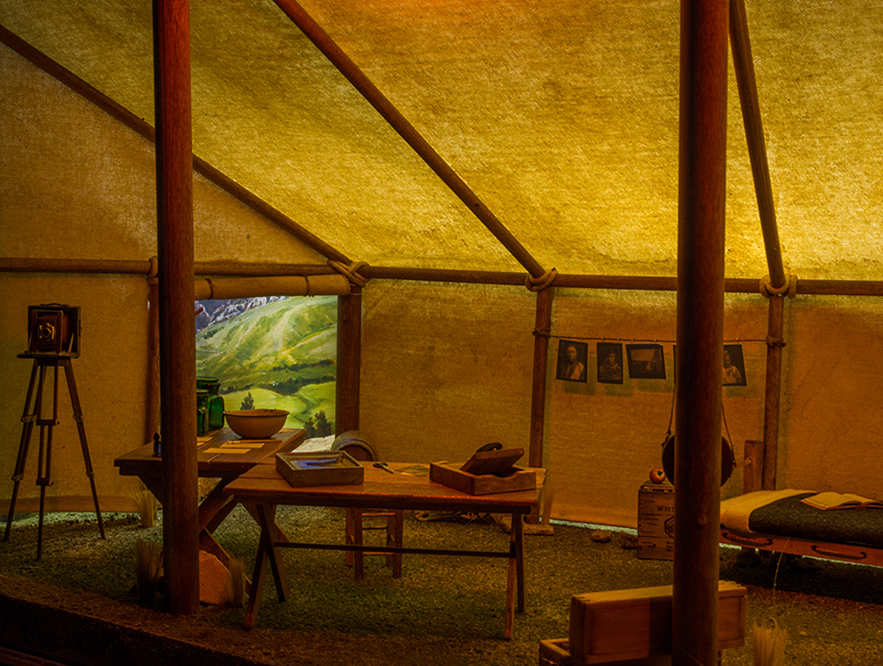 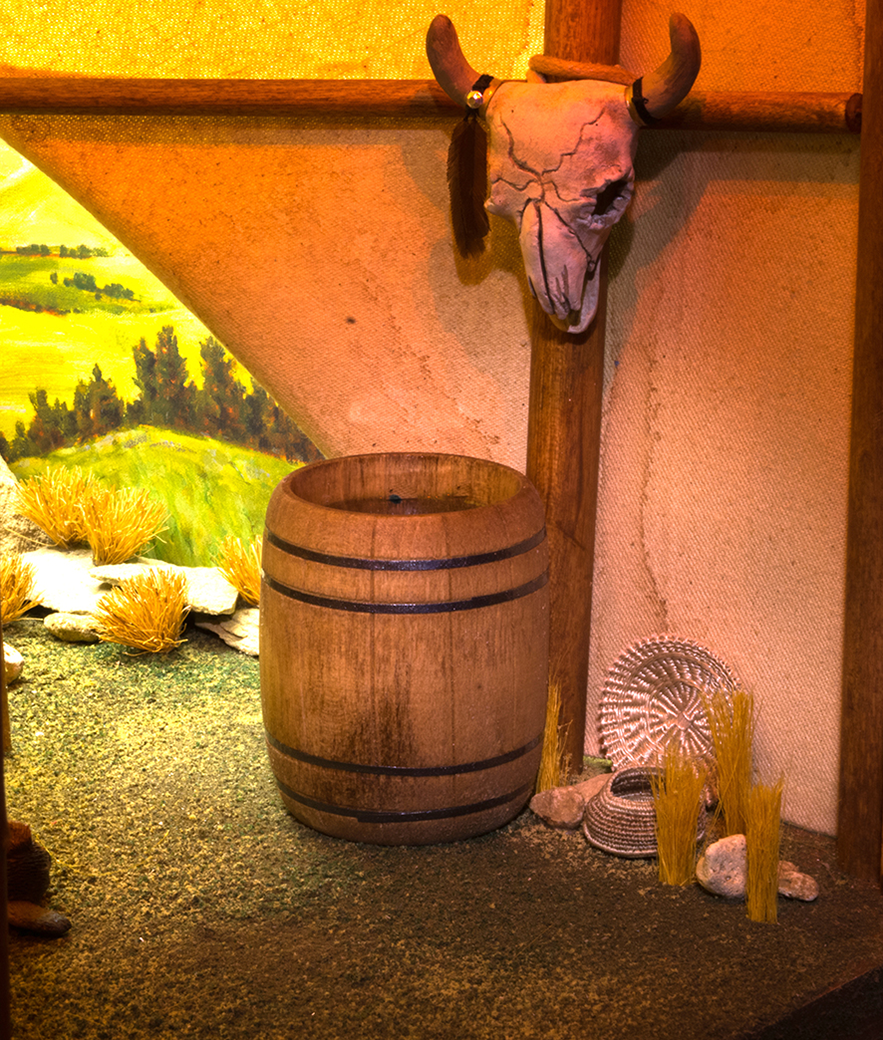 I have often been asked where I get the ideas for my roomboxes. In most cases, I get them in the middle of the night. My sense is that they are triggered by a subconscious memory which takes me back in to time to some visual experience. However, this box is different in that I can clearly see the thread of my life’s experience in it.

As a child, I spent untold hours with my father in his darkroom developing black & white photographs. Dad was a very accomplished amateur photographer. He primarily took photographs of his peers and our family. His photographs were not “snap shots”, rather they attempted to tell the story of his times and experiences through powerful informal portraits.

I enjoyed those times shared in his darkroom, particularly when I was allowed to work the developer tray. I would tilt the tray back and forth until the image appeared almost like magic on the paper in the tray. It was almost as if the narrative of the photograph was coming alive for me as the wet image appeared.

During high school and college, my interest in photography lessened as I was introduced to mid-18th century American artists. I could not get enough of the genre art works of William Sydney Mount, Fitz Henry Lane, Winslow Homer and so many others. I don’t know which I liked better - the beautiful images or the narratives of those artists' images created in my mind.

After college I was living and working in Washington, DC. and became acquainted with Jim Blakely who owned The Old Print Gallery, a wonderful antique print shop located in Washington D.C.. I frequently visited the shop and purchased several antique prints from him to decorate my apartment. One day he introduced me to the works of Edward Curtis. I was totally captivated by the experience. That day I bought my first Curtis photogravure for $175. That was over 40 years ago, and I am still captivated by the same image as it now prominently hangs on my breakfast room wall.

Over the years, I continued my interest in18th century artists and the photographs of Curtis. I read a number of books about him and through them I became even more interested in his work, his publication, The North American Indian and his personal story.

As my children grew up, I wanted to expose them to the wonders of the west, and for many years we traveled to a ranch located in Saddlestring, WY. The ranch experience and my mind’s images of it continue to greatly influence me. The painting “The Speedway as Viewed From Castle Rock” was created by Joel Ostlind as a commission for a good friend of mine who was kind enough to allow me to use it as the background for the box.

In the fall of 2015, I had just finished a roombox depicting my vision’s view of what Curtis’s studio and retail store may have looked like in Seattle around 1900. It happened to coincide with an exhibition the Taft Museum in Cincinnati was having featuring Christopher Cardoza’s collection of Curtis Photographs. Cardoza came to town to give a lecture about the exhibit. During his visit, I had an opportunity to meet him and invite him to my studio to view my roombox. He graciously accepted and was extremely complimentary about the box and my work.

On the way back to his hotel, he asked me if I would consider creating another box for exhibits which he hoped to arrange in a few years to celebrate the 150th birthday of Edward Curtis. I told him that I did not do commissions. He smiled and then asked if I would be open to taking a suggestion as a subject for a box. Clearly, “I took the bait”.

In thinking about an appropriate subject for the box, I decided that I would create a tent inside the roombox illustrating the process Curtis used to make cyanotypes. He created these images in the field from his glass plate negatives to enable him to view proofs of his work and also provide tokens of gratitude for the Native Americans who posed for him. Making a cyanotype is very much of a hands-on process, much like the one I shared with my dad years ago. Curtis’s story continues to be an ongoing thread in my life, thus, the box “Curtis’s Tent” was born.