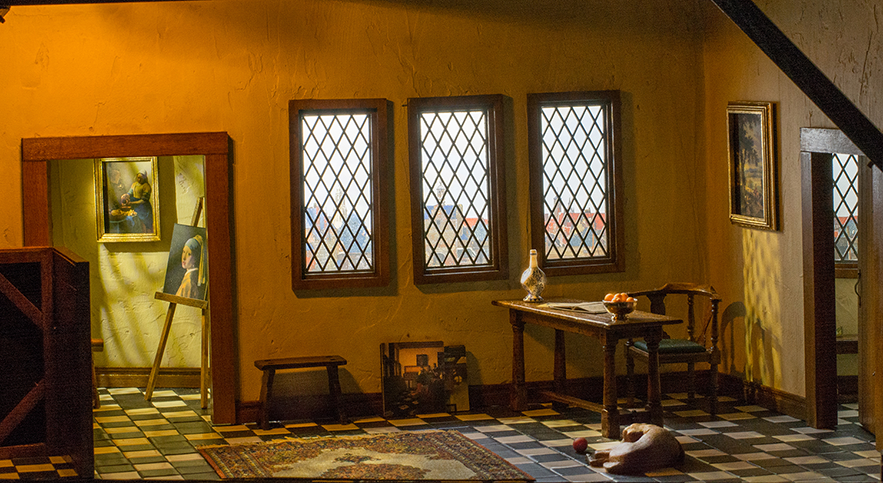 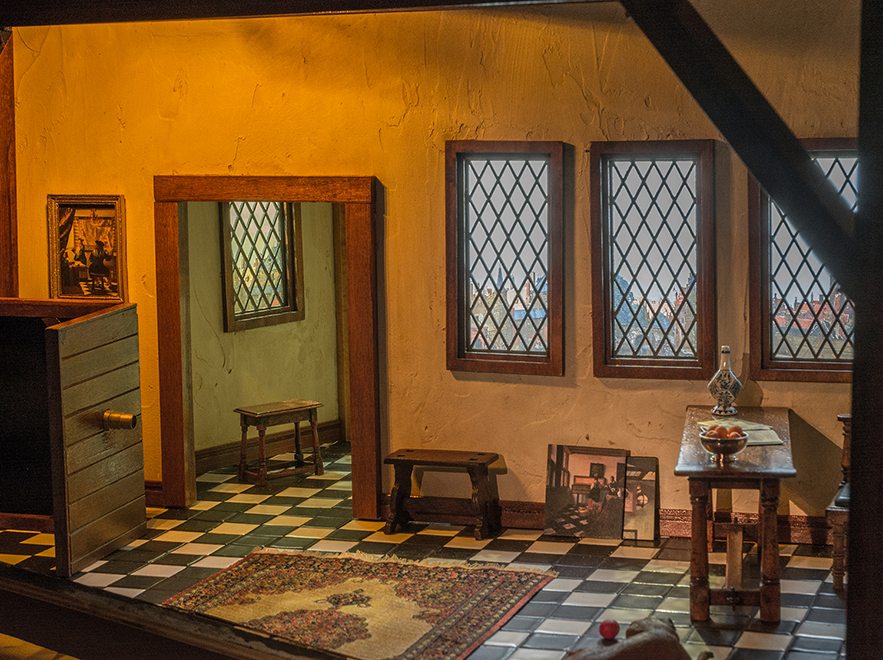 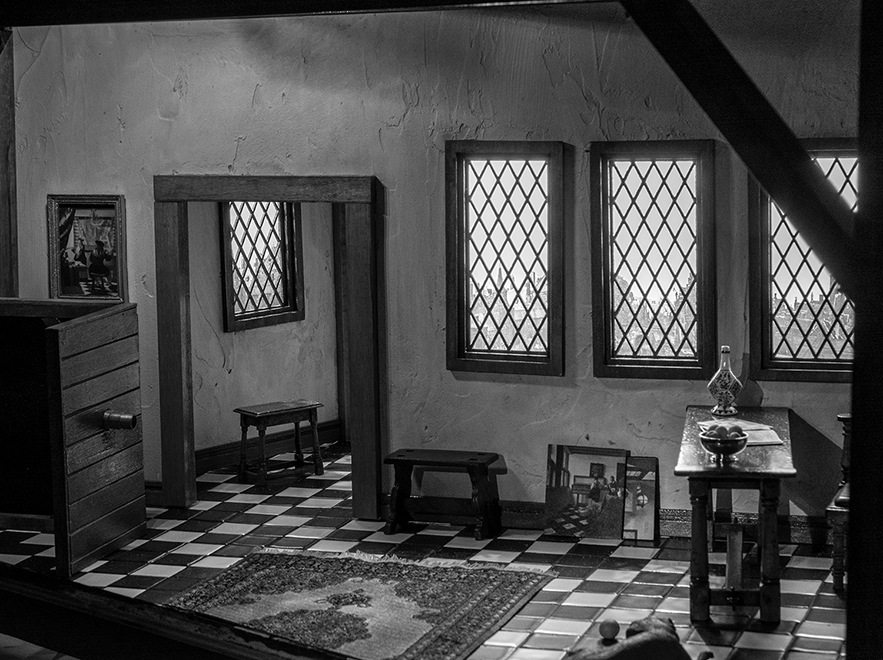 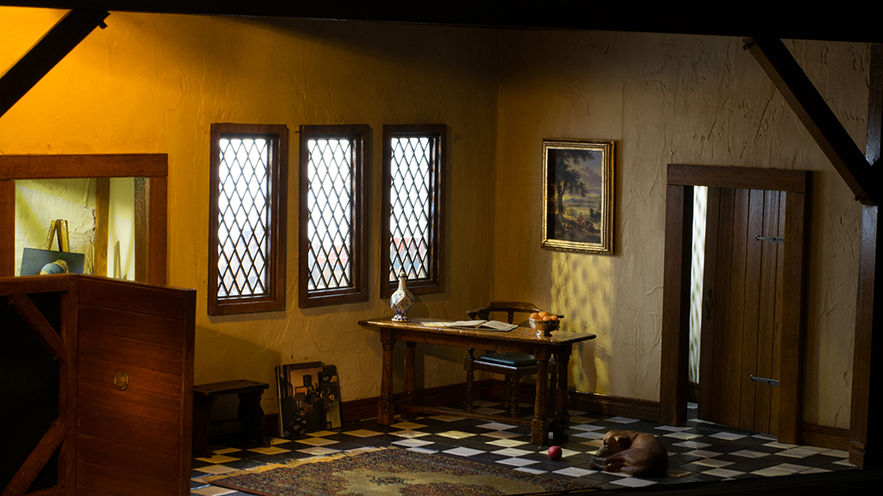 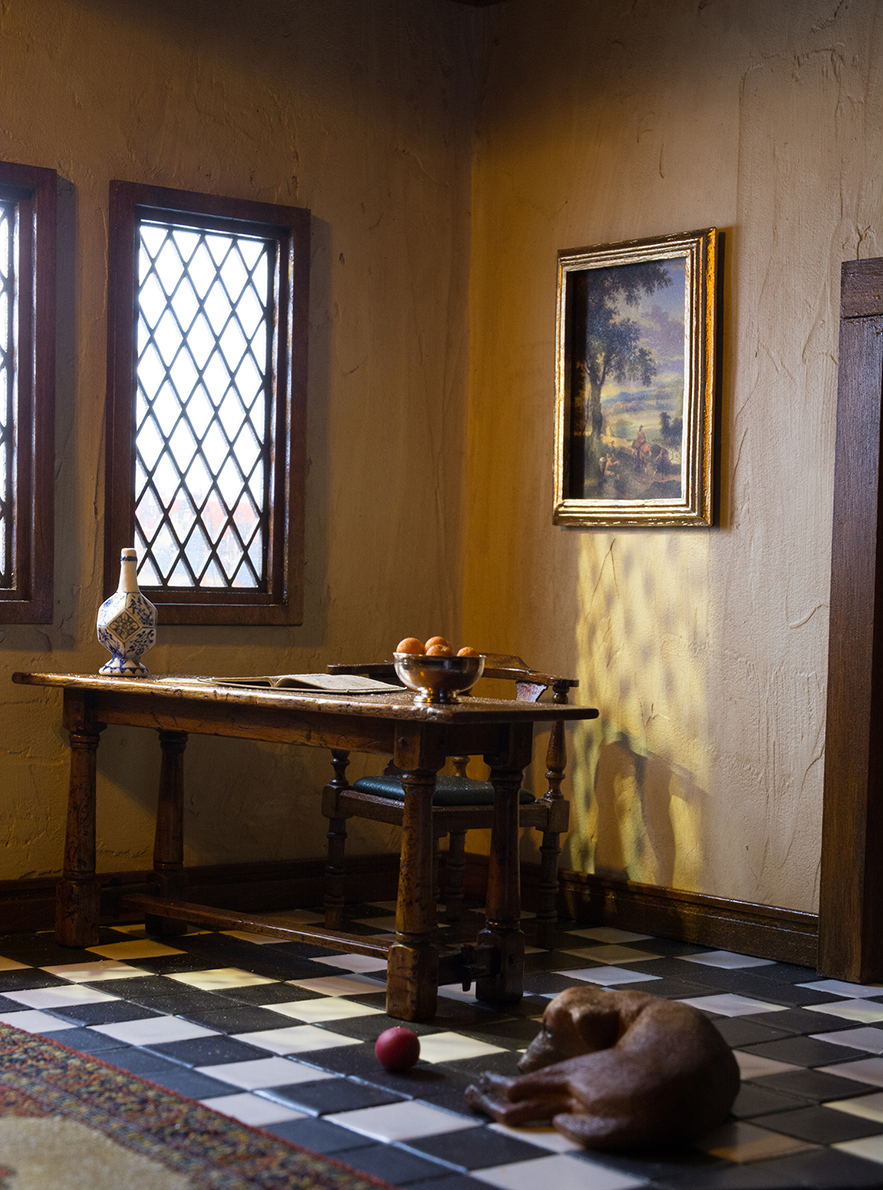 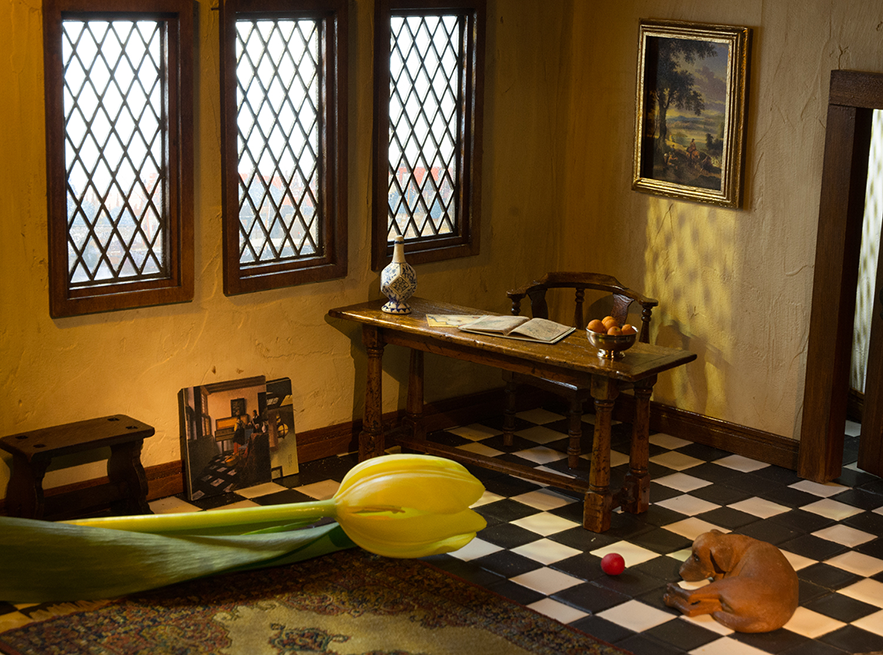 I have been captivated by Vermeer’s paintings. His ability to capture sunlight, his use of soft colors and his masterly treatment of perspective all combine to draw the viewer into his paintings. As I look at several of his paintings, it becomes clear to me that most of the scenes were staged and painted by him in the same studio.

This box is my vision of what his Delft studio may have looked like in 1650. Not much is known about Vermeer and only 34 works attributed to him are known to exist today. It is also theorized by a number of scholars that he used a mechanical, optical device known as a camera obscure, a device similar to a pin-hole camera with a projector lens, to assist him in creating the correct perspective of the scene. David Hockney, the contemporary artist, wrote in his book, “Secret Knowledge”, about the use of these optical aids by artists who painted after 1420. Philip Steadman in his book, “Vermeer’s Camera”, compiled detailed mathematical theories about Vermeer’s use of these devices in his studio. I used both books extensively in my research. It is also interesting to note that Antonie van Leeuwenhoek, the man who is credited with the development of the first microscope, would have developed similar lens technology that would have also been used in a camera obscure. He also lived in Delft at the same time Vermeer did. They were both accomplished individuals and lived very near each other. I think one could reasonably assume that they knew each other.

Nobody really knows what Vermeer’s studio may have really looked like or even if he used optical aids in his paintings. However, I used bits and pieces of what is known today to create my vision of what his studio may have looked like. Most importantly, I wanted to try to capture the mood of the place by using the elements of the sunlight streaming through the windows; the small leaded window panes, the beamed ceiling and wood moldings, the complex pattern of the tile floor, the texture and detail of the oriental rug and the humanity and warmth of a sleeping a dog.